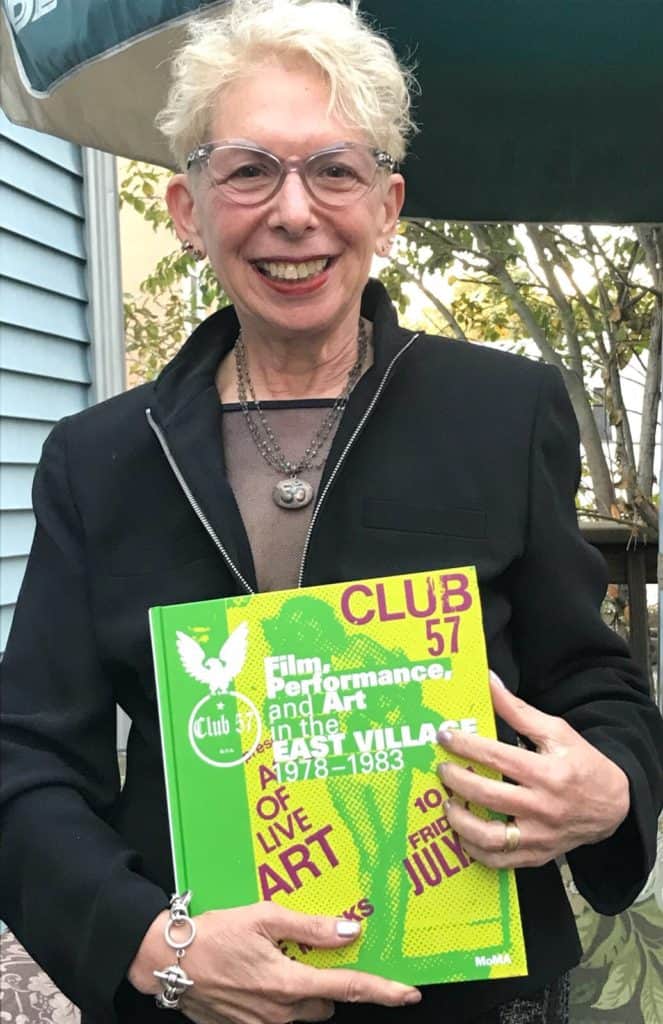 Born in Brooklyn New York, Trix Rosen is an NY/NJ based photographer. Her career has embraced the fields of fine art photography, photojournalism, portraiture and historic architectural preservation. The scope of her fine art is driven by a desire to make a difference through addressing social justice issues that can transform local and global perspectives. Her spectrum of portfolios explores gender fluidity and identity within the LGBTQ community as well as documents endangered architecture.
Her original 1980’s slide show MAITRESSE can be viewed at the Museum of Modern Art’s exhibition, “CLUB 57: Film, Performance and Art in the East Village, 1978-1983,” October 31, 2017- April 1, 2018, a major exhibition examining the scene-changing, interdisciplinary life of downtown New York’s seminal and fabled post-punk alternative space in New York’s East Village.

In 2015 Rosen was invited to submit eight photographs from her HE-SHE Portfolio for the 5th THESSALONIKI BIENNALE OF CONTEMPORARY ART, in Thessaloniki, Greece.
In the twenty years that Rosen has been photographing the French performance artist, Fred Koenig, she’s produced images that survey gender fluid, queer identity and open up the possibility that we each hold a myriad of alternative selves within us. The images in HE-SHE showcases their daring bond of friendship and art. It depicts a vision of gender authenticity and empowers being be true to yourself. HE-SHE, (http://www.blurb.com/b/7395116-he-she), celebrates the right to self-identify anywhere along the gender path.

Portraits of her female friends document the birth of the gay liberation in New York City and the emerging feminist movement. Rosen photographed women athletes working out in gyms and posing in her studio, and published the collection in STRONG & SEXY, THE NEW BODY BEAUTIFUL, (Delilah, 1982) one of the first books to chronicle the emerging wave of women bodybuilders.
After leaving her job photographing stories that were aired as photo-essays on WNBC-TV Live at Five and News4NY in New York City, Rosen travelled to many countries in Asia. She focused on assignments in the Philippines, where she lived and worked between 1984 and 2013. She produced A KALINGA JOURNEY THROUGH TIME, documenting her work in the northern indigenous Cordillera region and the transformation that the villages of the Kalinga people experienced – a change that within a quarter-century radically restructured this tribal landscape.
She is the President of Trix Rosen Photography Ltd. Her company specializes in photographing architectural restoration and historic preservation projects for the Library of Congress, the State Historic Preservation Offices (SHPO), and city, state and government agencies.
Rosen was the subject of a half-hour documentary about her life and photography, URBAN STORIES, Documentary Japan, Inc. (1997)
Rosen helped to develop the INSIGHT OUT! Digital Storytelling Workshops to teach visual storytelling and empower her participants with the skills to document their lives. She taught this program in New York City, Jersey City, Thailand, Indonesia and the Philippines. Among the participants were teenagers in the Bronx NY at the Next Generation Center, gay, lesbian and transgender members at the Hudson Pride Connections Center in Jersey City NJ, and indigenous youth in the northern Philippines. The project is based on her experience as senior trainer, editor and international advisor to the award-winning InSIGHT OUT! Storytelling Project based in Bangkok, Thailand.