“Multiple generations of women’s art are represented and within the selection are myriad formations of feminist thought and aesthetics,” writes Rita Gonzalez in her introduction to the catalogue. “Many of the artists engage with legacies of activism that go back to civil rights movements of the 20th century while clearly engaging with the present day.”

“Momentum is defined as the impetus or driving force gained by a course of events,” explains Janice Nesser Chu, WCA President in the catalogue. “The exhibition not only investigates the diverse voices of women artists, and looks at the depth and breadth of work being created but also is a testament to the drive that got them to this point, to the things that propelled them and their work forward… their experiences, their history.” I included art work that was created between 1985 – 2010 and the descriptions are quoted on pages 113,114,115 and accompanied by the following images: 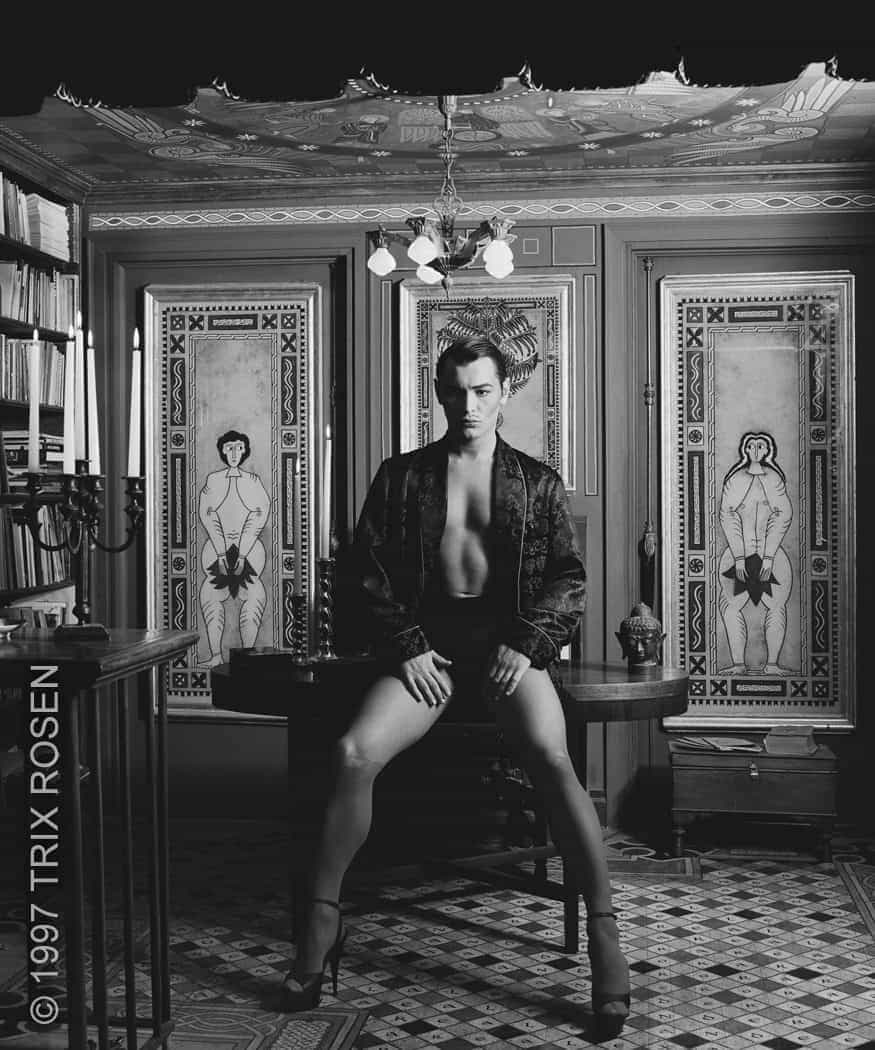 “Enter into Faust’s Study, a trompe l’oeil painted room, and be confronted by a fearless man who is empowered and transformed by the duality of his sexuality. His starkly lit, painted face and figure emerging from the shadows are a provocative contrast to the painted Adam and Eve on the rear wall. Faust’s Study directs the viewer’s attention to the relationship between the interior details and the narrative, as the gender performance artist, Frédéric Koenig, unselfconsciously dares the viewer to cross over boundaries of imagination and desire.” 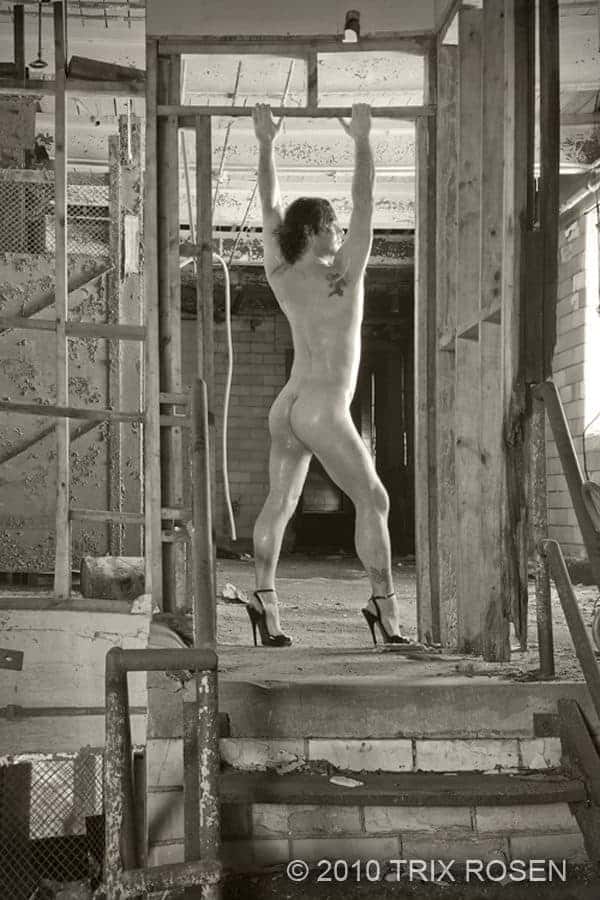 “This  image is part of an ongoing series of portraits that document my fifteen-year collaboration with Frédéric Koenig, who can so naturally appear both handsome and beautiful, both masculine and feminine. Wearing nothing more than spike heels, he provocatively poses in an abandoned brewery, a gritty, industrial environment that reinforces a traditional male landscape. While his upper body exudes a masculine power, his raw and curvaceous physicality and his archetypal pin-up girl shoes challenge the viewer to explore how we perceive masculinity, sexuality and gender identity.” 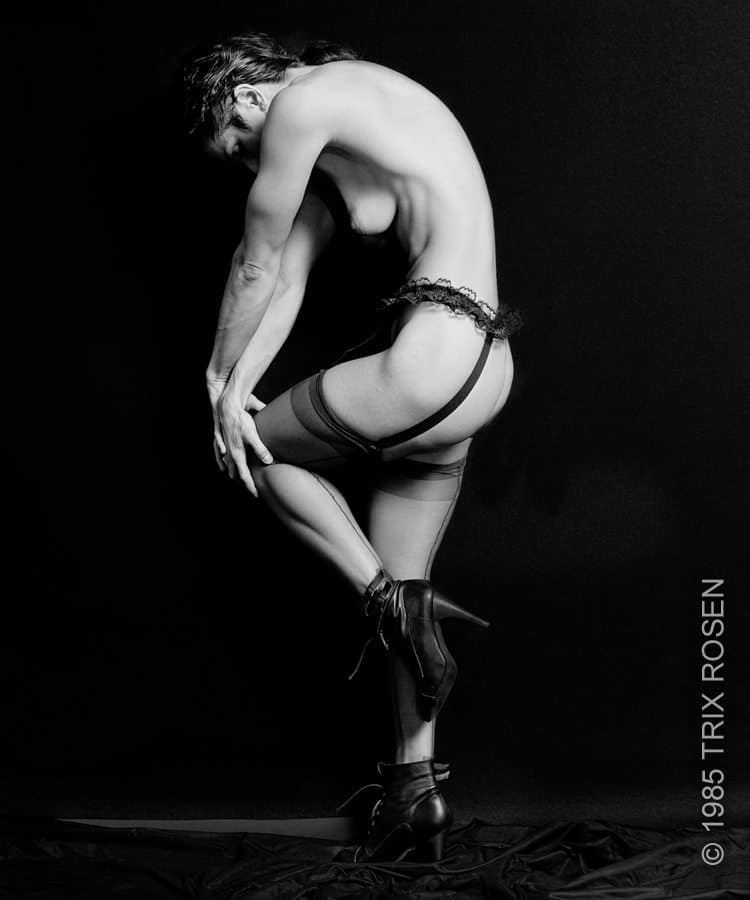